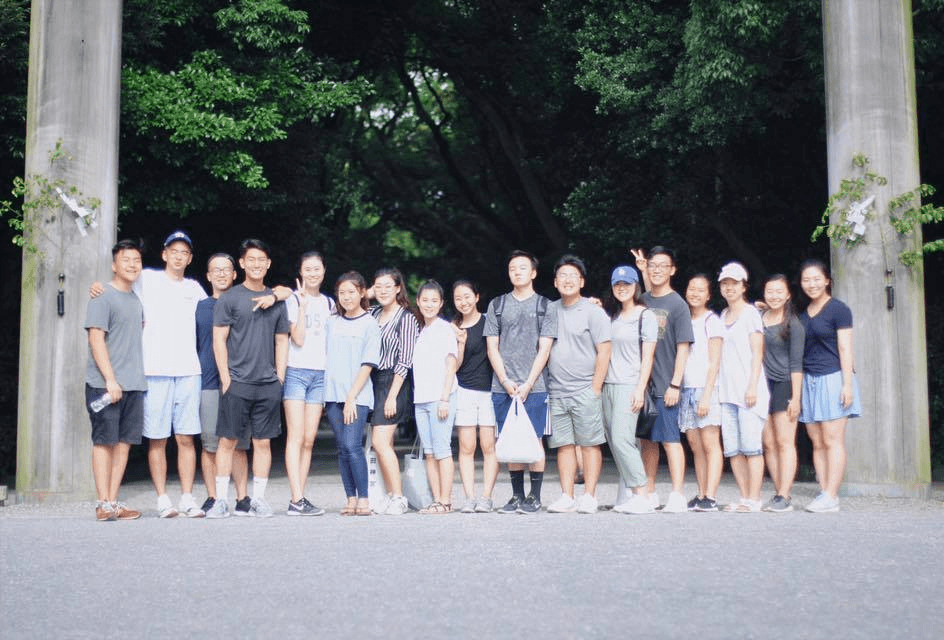 This is part four of our new seven-part series: “STSM Highlights”. We’ll be sharing the testimonies of every mission trainee sent out by KCM last year through our STSM program. Stay tuned as we post one country per week!

Featured below are the testimonies of two students from the Japan team: Naomi Kang and Peter Jeon. For the full collection of Japan testimonies, click here. (To quickly search for a specific student on the Google Doc, click View > Show Document Outline)

This time around going into to the STSM process a second time for my second mission trip, my mindset and heart were very different. I felt God calling me to go this summer, not just to be blessed, but also to be used by Him in whatever way to glorify Him and further His kingdom.

As a recent graduate there are many things that I could have done this summer in terms of my future career, but what better way to honor God than taking advantage of the opportunities He gives you in the present to serve Him and His people. This summer, God gave me the great privilege to serve His people in Japan and though my future is very uncertain, I decided to take a leap of faith and obey Him in the present.

One significant thing I took away from this month that has been engraved into my mind is that there is nothing too small that God cannot use for His kingdom in whatever way He wills. In Japan, there were times when I questioned the purpose of what we did or wondered how the things we were doing could glorify God. For example, we did things such as hand-wash slippers at a seminary, pick up trash in the city streets (there is no trash in Japan’s streets), wash cars, babysit children for hours, etc.

In these tasks that seemed somewhat futile to me, God humbled me in showing me that there is nothing too small that He cannot use for His glory, even when I cannot see it. When I questioned God, I put more value on my own capabilities and my own work than His and equated how much God would be glorified to the amount of work we did. My mentality minimized the power of God and glorified myself over Him. If those small tasks we did blessed those seminary students, missionaries, and families in giving them rest or encouragement to continue to be faithful servants in Japan, then all glory be to God.

I am really grateful that this was something God taught me because this is also something that I can continually remember and apply even in my daily life back here in America. This puts weight in everything and anything that I do in life, that I may offer it up to God and allow Him to use it for His glory.

Aside from teaching me, during this trip I realized that God was truly breaking my heart for what breaks His. My heart broke for the people in India as well, but something was different for me in Japan. One thing I treasure from the ministry we did was the connections I was able to make with the Japanese people. Going to India three years ago and seeing the poverty and physical need there broke my heart, but this time God was opening my eyes to the brokenness and the urgent spiritual need in this country where the people seek everything else in this world but Christ.

The people I was able to talk to in Japan all seemed to struggle with the same things: loneliness, lack of community and accountability, seeking approval from peers and society, and trying to fit into a specific mold society and their culture has placed on them. And truthfully, these are all things that I personally struggle with as well so when talking to these Japanese people, because I was able to relate to them on a deeper level, my heart truly broke seeing the void these things had created in their hearts.

At the end of the day, no matter how much I may run from God, He’s given me this faith, this hope in knowing that nothing can change what He did for me on the cross, but these people who struggle with the same things have nothing but things of this world to turn to. Surprisingly, it is not because they are unwilling to accept this truth but the lack of opportunity to hear the gospel. In Japan, the harvest is truly plentiful but the workers are so few (Luke 10:2) and in this, God was not only breaking my heart for this nation but also showing me the urgency of the gospel here. I love Japan but nothing can compare to the love that our God has for the country and its people.

Right now, I feel God calling me back to Japan in the future whether it be mid-term or for career missions but I am patiently awaiting for His sovereign timing. So as my fellow brothers- and sisters-in-Christ, please keep me accountable. 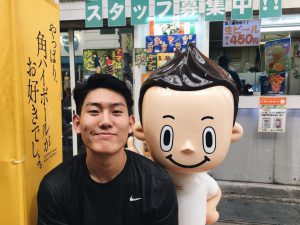 I went into Japan with a skewed view on what missions was. Based on previous church mission trips that focused primarily on VBS ministry and random evangelism, I didn’t enjoy missions and saw it more as a rite of passage for “serious “Christians”. These trips turned me off from missions in general. When asked if I’d ever be long term missionary I’d laugh because it was so unrealistic.

So going into missions I prayed that God would show whether long term is a possibility or not. Looking back, this trip was more of a vision trip than it was a mission trip. My month in Japan seriously changed my perception of missions and showed me the need for Christianity in Japan.

Right away I realized that typical mission work would be ineffective in Japan. Many people have the idea that if you don’t physically suffer or do tangible acts then you’re not doing mission work. However, it’s pretty obvious that Japan doesn’t need any physical relief or money. Japan’s much more technologically advanced, efficient, and clean than America is. Random evangelism doesn’t work because Japanese people won’t listen to what you have to say if they don’t trust you. For this reason, pretty much all of our ministry in Japan was relational.

We spent our time doing church support, missionary support, community outreach events, and hanging out with Japanese college students. One thing I really focused on in Japan was talking to the missionaries there and soaking in their experiences. I met such a unique variety of missionaries in Japan. These included a karaoke missionary, who had gone out to karaoke with locals over 350 times in two years, a dance missionary who infused the gospel into weekly dance classes, and even my own coleader Shalom, who led English conversation nights.

Before coming to Japan, I felt like I wasn’t competent enough spiritually and I didn’t think I was called to do ministry back home or overseas. But one thing I realized in Japan was that more than needing super holy theologians, what they simply needed were Christians. Asako, a Japanese Christian became saved when she moved to America to learn how to teach yoga. She was sent with a short term team to Japan, however ended up having to stay in Japan because of visa issues. She shared that she didn’t want to be in Japan because it was so hard to live without a Christian community.

This was a woman who had her family and friends yet she felt empty without fellow believers. After hearing this, I became more grateful for my church community back home but also felt the need to share about how hard it is to live in Japan. Grace Harbor Church, a church that we partnered with during our two week stay in Tokyo, is a small church plant that aims to plant several more churches in the future. Yet it is limited because it only has a full time staff of four people. They have more than enough money, yet lack the people to fulfill their kingdom-centered plans.

Japan doesn’t need anyone’s money. The people live successful lives, yet there is clearly something lacking in their lives. Japan needs the gospel. I realized that if God calls you to go, regardless of your knowledge or what you think you have to offer, he will use the gifts he has given you to serve Him and make his name known. Though I am still unsure of whether I am called to be a career missionary, one encounter with a Korean-American I met in Japan left a clear impact on me.

Jefferson, currently interning in Japan, had plans of working full time in Japan. When I asked why, he told me that he wanted to serve the church faithfully without having people thinking he was obligated to do it as a missionary. One thing I noticed was that the ministry we did was something I could do while working full time. I would do church/missionary support on the weekends and relational ministry during the weekdays.

Whether God calls us to work in America or overseas, this is something that all of us can do. One of the biggest lessons I learned was that we go on missions not to suffer and feel good about ourselves but to share the gospel. We’re called to be lights and witnesses of Christ and not just when we’re on short term missions, but in how we live our lives at home. A pastor at debriefing retreat said that God’s worst punishment for you is to let you live the life you want.

In a period of my life where I am constantly making decisions-whether it be what career I’d like to purse or where I’d like to live in the future-I ask myself, “am I seeking a life that advances myself or a life that advances God’s kingdom? Japan taught me that ministry simply is living as a Christian in a non-Christian world. As I decide how I want to live my life, I realize that the most important thing I can do is to live a missional lifestyle that is glorifies God. Simply put, I want to be intentional in forming relationships with non-Christians while being a witness of Christ.

What is KCM? – Richard Kim