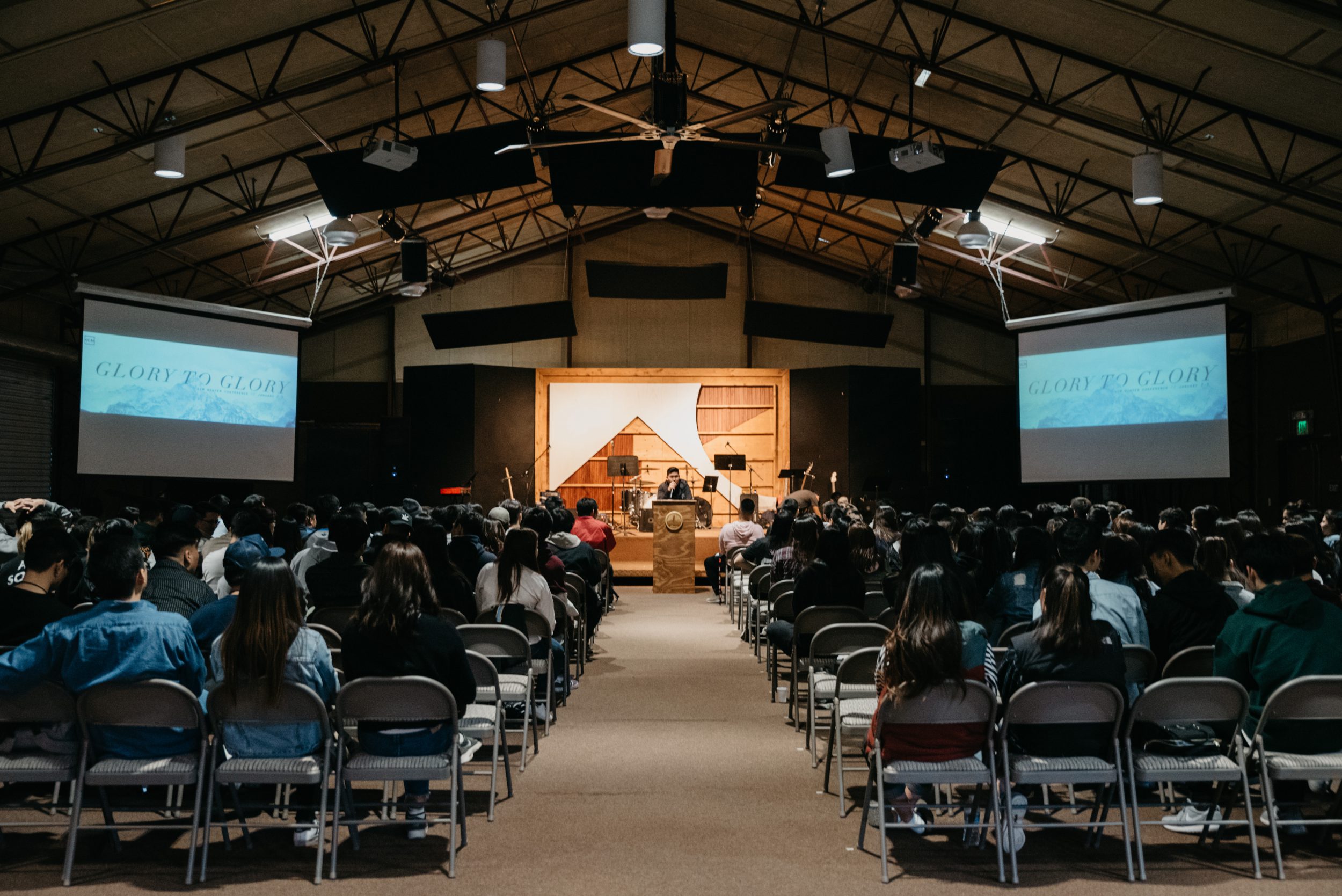 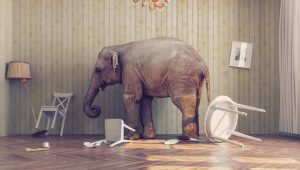 I’m just going to call out the elephant in the room. We love KCM more than church.

Yes, KCM announces every week, “KCM is not a church” and “We exist to support the local church”, but if we’re being honest with ourselves, most students enjoy their experiences with KCM much more than their churches. 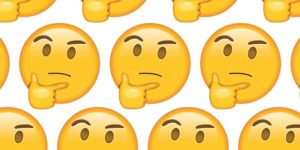 My hope for this article is not to provide the final answer to this age-old question, but to help give clarity and encouragement to anyone who has ever experienced this tension.

Whether you’re a part of this problem or not, I pray that you can learn from my experience. 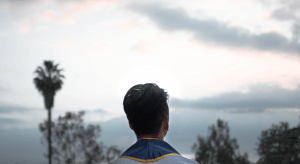 I share my experience as a former student deeply involved in KCM, and as a committed member of my local church, New Life Vision Church (NLVC).

My path is probably very similar to the typical KCM student. Before I entered college, my home church was all I knew.

I grew up going to NLVC for most of my life, and my entire understanding of the Christian life came from what I learned at church. I was really involved, I had great friends and leaders, and I could honestly say that I loved my church. 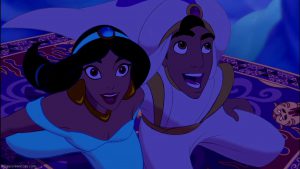 Everything changed when I started college and joined KCM.

KCM was a whole new world of ministry that I had never experienced. To my young, wide-eyed freshman self, it was nothing short of amazing.

KCM completely broadened my view of the Christian life, and it was awesome.

For the first time, I was surrounded by hundreds of other KCM students who were going through the same life stage and struggles as me.

I made friends with people who had incredibly different backgrounds and personalities, but still shared a mutual passion for God.

And it was through KCM that I realized you can be both cool and Christian without compromising one for the other.

I also loved that KCM brought in great speakers every week who really challenged me. I was growing in my understanding of the gospel and I was starting to have a heart for missions.

Fellowship was awesome too. Older KCM brothers and sisters would care for me, show me love, and buy me food! They made me feel like I belonged to a family.

I can say without hesitation that my faith was genuinely deepened through KCM.

TOO MUCH OF A GOOD THING 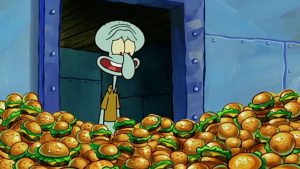 There’s an old saying that “too much of a good thing can become a bad thing.” This was definitely true for me with KCM.

Because my experience with KCM was so awesome, I started to wish my church could be just as great. I wanted my church to experience what I experienced every week in KCM.

KCM became the new standard of ministry that I wanted my church to reach, but I was quickly realizing that my church could not meet those standards.

Although I had loved my church for my whole life, I slowly began to see the gaping flaws in it. I started to make comparisons between my church and KCM. KCM exposed me to what ministry could be like, and my church was simply not satisfying that standard.

I found myself leaving church on Sunday disappointed with the lackluster worship service, while afterward I would drive back to Riverside, excited for what KCM had in store.

The new, exciting experiences of KCM inevitably overshadowed the familiar, mundane routine of church. And therein lies the problem.

Like me, so many students fall so deeply in love with KCM (or other campus ministries) that they start to neglect their churches. We are so attracted to the novelty of experience that we often overlook our old and faithful foundation. It’s not that KCM is bad, it’s that KCM is too good.

SIDE EFFECTS MAY INCLUDE… 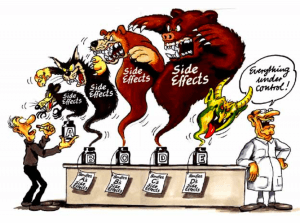 What ends up happening is the same for almost every KCM student.

We slowly find ourselves struggling to attend our church events. We tell our pastors that we are “burning out” to excuse ourselves from serving at church… while serving faithfully in KCM.

We use midterms and finals as excuses to “not go home for the weekend”. Church suddenly becomes “so far”, and for some reason waking up on Sunday becomes ten times harder.

Some of us even look for new churches hoping they might provide the same experience as KCM. We look forward to going to KCM but we dread going to church.

Slowly, we forget what it means to sacrificially serve. We hold off on our communities. We stop encountering God in our churches. 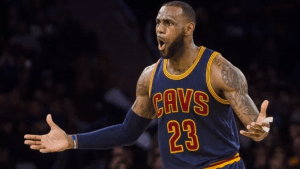 The real danger of loving KCM more than church is that students end up pursuing an experience rather than pursuing Christ.

We chase the fun, the excitement, and the thrill. We look for this in our churches. But rather than seeking out God, we’re just seeking out specific experiences.

What we don’t realize is this: any relationship founded on experience alone is built on very unstable foundation.

What I experienced in KCM was never meant to be a permanent reality. It was a temporary experience that I should have used to build up my church.

I did end up staying at my church, but most students end up leaving. They leave for greener pastures, and their churches start to develop a negative view of KCM, blaming them for the students leaving or drifting away.

The ones who do stay are still apathetic, the apathy spreads to others, and the churches blame KCM for this as well. In their eyes, KCM caused all of these problems.

And instead of looking internally for potential causes within their church, they look for external factors as the scapegoat. It’s much easier to blame than it is to admit fault.

Thus, the relationship between churches and KCM deteriorates and the critics unite in opposition of the parachurch. 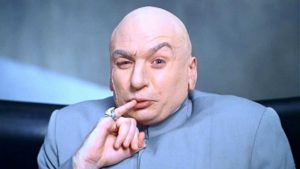 As I write this article, I grow anxious to conclude because I know that I have no substantial answers to give. I don’t know how to solve this problem once and for all. I cannot provide a perfect alternative.

But I am a firm believer that at times, the questions are more important than the answers. I may not know the recipe for the remedy, but I do have some very important questions that we should consider if we really care about this problem.

Do we unintentionally prioritize experience over Christ in attempt to win over souls? Is KCM interfering with the church’s agenda? What is KCM’s role? Should KCM exist at all? How can we improve the relationship between KCM and church?

Do we love KCM more than our churches? Are we pursuing an experience rather than pursuing Christ? Do we blame our churches for not meeting a standard created by our KCM experience? How can we improve the relationship between our churches and KCM? 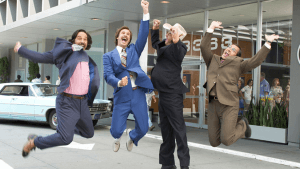 I believe that KCM and churches can coexist. Although I don’t know exactly what that looks like, I do know this: our churches should be our chief love, and KCM should support and serve the local church.

But even when we fail to arrange our loves in this order, we shouldn’t look outwardly for something or someone to blame. We should take it as an opportunity to bring our failures to God and look to Him for help.

Andrew Kim is the former President of UCR KCM.