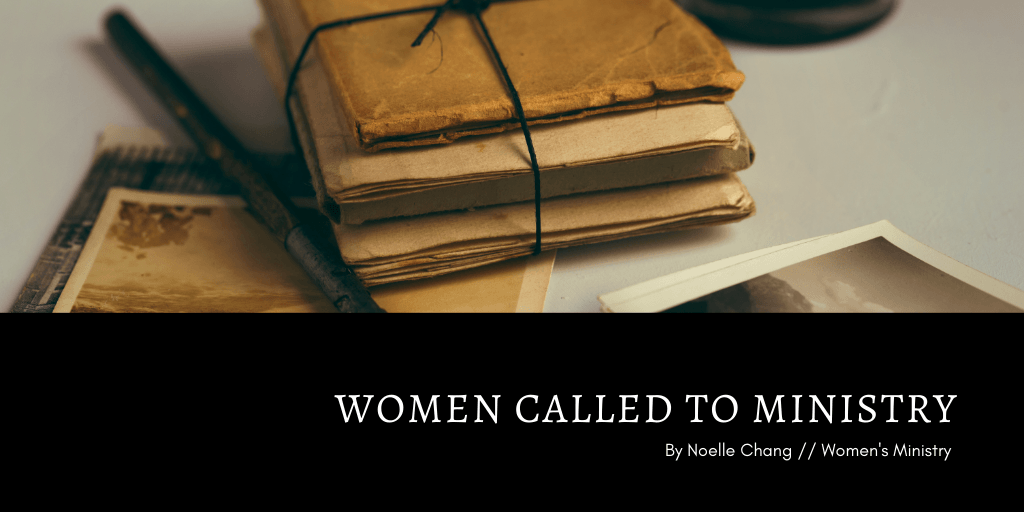 On my STSM trip to South India this past summer, I had a conversation with the missionary contact about what I wanted to do in the future. I told him that I hoped to become a therapeutic counselor in the church. From hearing this, he suggested that it may be helpful for me to intern at a church first. He then told me that he knew a pastor whom he could connect me to.

Back in the States, I contacted this pastor whom the missionary contact graciously connected me with. After sending in a resume and having an interview, I was told an intern position was open for me at the church he was at. It would be interning for the youth group. This was not exactly what I wanted to do, but at this point, I just wanted exposure to what working in a church looked like. After prayer and some thought, I decided to take the intern position and serve at that church.

Even up to this point, it did not occur to me that wanting to do therapeutic counseling in the church might be considered ministry. Then it finally clicked. Questions shot through my head— “If I want to be working in the church, is this considered ministry? What even is ministry? Is being in ministry not being a pastor?” I knew that all Christians were called to the ministry of God. However, this seemed to be different in the sense that I’d be working in a church and it would be my job. I would be ministering in church as a vocation, not just ministering while having an outside-of-church job. This realization sparked my desire to research about women in ministry and what that might look like.

1. Going into ministry and becoming a pastor are not the same thing.

As I was researching, I came across “Now That I’m Called: A Guide for Women Discerning a Call to Ministry” by Kristen Padilla, which was a book geared specifically towards women considering ministry. In this book, Padilla talks about vocational ministry. She defines it as: “God setting someone apart to serve him, for the good of his people, by delivering the Word of God (in some way) to them.” I want to first give this definition because I know some people feel strongly about their stance on “women pastors” and from conversations with fellow brothers and sisters, it occurred to me that many automatically equated “considering ministry” to “becoming a pastor.”

This was something that I questioned as well in the beginning—I didn’t know that there was a difference between “being in ministry” and “being a pastor.” What the book said on this matter was that someone with a calling into vocational ministry does not need to hold a church office, which is a pastor, elder, or deacon. (Side-note: Many churches throw out the word “pastor” flamboyantly, such as calling whoever works in the church full-time a pastor, even if they do not have the qualifications of a pastor). This point that the author gives makes sense. Gifts that are given to God’s people that have to do with delivering God’s Word, whether through preaching, teaching, writing, counseling, etc., are not just given to those who hold office in the church. For example, there are pastors in a church, but there are also positions like missions directors, outreach coordinators, and worship leaders who don’t necessarily take on a church office, but still work in the church. The bottom line is that being a pastor and being in ministry are not always the same thing.

2. Women are indeed, called into ministry.

While researching, I was able to find five women in the Bible who worked in settings that could be considered as “ministry” in our times:

1.  Deborah (found in the book of Judges): a judge, or a leader in Israel, and a prophetess who was used by God to exclaim victory to His people.

2.  Huldah (2 Kings, 2 Chronicles): a prophetess used by God to speak His words to His people.

3.  Phoebe (Romans): a “servant of the church,” which may mean that she worked in the church full-time. Phoebe was used by God as a patron, or a financial supporter of others.

4.  Euodia and Syntheche (Philippians): “women who worked side by side with Paul in the gospel.” They were used by God to spread the gospel in partnership with Paul.

5.  Priscilla (Acts, Romans): a coworker of Paul. Priscilla worked side-by-side with men and was used by God to teach and disciple people about Himself.

Through these women in the Bible, it is made clear that even back then, women were used by God in ministry. Keep in mind that ministry may have looked different in those days than now, but what remains the same is that ministry still revolves around God and His work is still done through His people for His people. These women in the Bible were “set apart to serve God, for the good of His people, by delivering the Word of God (in some way) to them”—these women were in ministry during the days before Jesus came to Earth and during the days of the early church!

If you’re a brother, just being aware of how a sister can serve in the church can go a long way. When I was given the opportunity to lead our youth group praise team in high school, a brother asked me if girls were allowed to be in leadership positions. I wish he had known a few of these things back then, but now we’re able to have a conversation about it.

And if you’re a sister, maybe this opens up a door for you. How do you know if you’re called? Three ways to explore this are to see if you have a heart for it, if opportunities arise that allow you to go into the field, and if mentors and others close to you affirm the calling. I also want to add that there are other areas in ministry for women, apart from the stereotypical ones that have to do with serving the youth, such as: therapeutic counseling, outreach (ministries to the handicapped, sick, socially estranged), audiovisuals (including design, pamphlets, production), music (praise), welcoming and hospitality, prayer, missions, writing, sports, and many more!

For the sisters out there:

I do believe that God has called me into ministry, and honestly, that has not been the easiest thing to accept. The path for women in ministry is often times, not clear-cut. However, I know that God doesn’t just call men to serve Him. He calls both men and women. Maybe you’ve been avoiding His call for you to consider ministry, or maybe you have the heart for ministry but just didn’t understand it or know where to go with it. I think now is the time to explore that. More women are needed to work in the church. We don’t see enough of it when it’s made clear that women are also used by God. Pray and ask God if He’s calling you to serve Him in this way. If you are, have faith! Have faith that God will lead you, no matter how unclear the future may be in your eyes. You now know that women in ministry is a thing and that it’s available out there, so maybe, just maybe, you are called to be a part of it.

The Dating Advice that No One Talks About

The Powerful Comfort of Support Groups